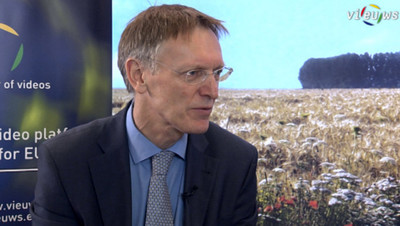 In an exclusive interview with viEUws, Janez Potočnik, former European Environment Commissioner (2010-2014) & new chairman of the Forum for the Future of Agriculture, talks to AGRA FACTS journalist Rose O’Donovan about the future challenges facing the global agricultural sector.

“We are in the middle of a serious global transition that must be addressed not only in Europe, but also globally”, Potočnik stresses. The world has to face a rapidly changing environment: it must deal with increased consumption growth and address the issue of limited resources and climate change. “One-third of the food produced globally is thrown away“, deplores Potočnik, saying such waste is “immoral and economically illogical”. At the European level, he advocates the simplification of the Common Agricultural Policy process, in order to ease the administrative burden on farmers. Finally, Potočnik suggests including farmers - the first actors in the food production chain - in the rethinking of a global food production strategy.