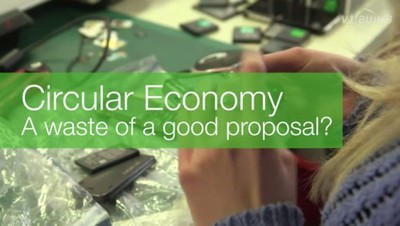 The circular economy could be the answer to both the economic and environmental challenges that Europe currently faces.

In July 2014, former Commissioner for the Environment, Janez Potočnik i, presented the Circular Economy package. This legislation aimed at transforming ageing linear industrial processes into ones that reuse, refurbish or recycle raw materials. The package included tough, legally binding targets and was popular.

Yet the Circular Economy legislation was withdrawn in February 2015 as part of the new European Commission’s review of proposals, with First Vice-President Frans Timmermans promising that a more ambitious proposal would be presented in 2015.

What can be expected from the new proposal? What could be more ambitious?